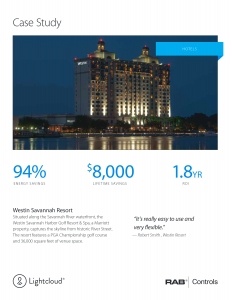 The Westin’s façade and golf course were lit mostly by 1000W HIDs with photocells. The fixtures were wasting tons of energy and required constant maintenance. According to Robert Smith, the manager at the Westin, the lamps and ballasts were constantly going bad, “It was a mess replacing bulbs and ballasts.” Most of the fixtures were several stories above the ground and required expensive lifts to maintain. Not only was the maintenance expensive, every time a fixture failed, it affected the look of the Westin. With its prominent location in Savannah, the lights needed to stay on!

To make matters worse, the lights were controlled with unattractive photocells that couldn’t be overridden, so the lighting was completely based on the sun. If there were a shadow on one of the photocells, the lighting would have be uneven.

In addition to energy savings, Robert was interested in replacing the photocells with something more powerful and versatile. This would allow for custom lighting for events and holidays. With any job, cost is always an important factor, and Robert knew he’d need huge savings to update the lighting. He got quotes from 3 different contractors but wasn’t impressed. They were all too expensive, and the controls were far too limited.

Travis Lane at CED Savannah presented Robert with RAB LEDs with Lightcloud Controls, and Robert was immediately excited by the potential energy savings and improved controls. The system was very affordable, so Robert knew getting approval wouldn’t be an issue.

Most of the old fixtures were 1000W HIDs being replaced by 300W FXLEDs. The efficiency of the LEDs alone would save over 70% on energy costs. With Lightcloud’s advanced controls strategies, those savings were expected to be closer to 80%. Robert was excited about the opportunity to continue lighting based on sunlight but have the additional dimming, scheduling, and manual controls. Being able to check the status or make changes to the lighting from anywhere meant Robert would always be in control. Fault notifications would let him know if any problems arose. Fortunately, Robert hasn’t received any alerts yet!

Robert was really pleased to find out about the added savings from the utility company, “We got a rebate from the power company — the savings were substantial.” The rebate saved 10% of the cost of the new system. Travis found the rebate through Georgia Power and got it pre-approved. As energy codes become more demanding, energy providers are launching more and more rebate programs to incentivize adoption Case Study — Westin Savannah Resort 3 of efficient lighting and controls. Lightcloud offers a free service to help find potential rebates. Lightcloud was the first lighting control system to be listed by the DLC, which prequalify it for many rebates. Additional rebates can be captured by providing the free energy reports created by the Lightcloud Web App.

Being new to the system, Robert had some mild concerns about the installation which were quickly eliminated by how smoothly it went, “Very nice installation. It required a big lift, so it was important we had an easy installation. We were replacing fixtures and wanted to use the same boxes and wiring. It was really simple; we installed the new fixtures and powered them up. Lightcloud just connected.”

The Gateway is hidden in a cove in the lobby. Travis had some minor concerns about the wireless signal connecting with the Controllers spread around the exterior of the hotel, but he was pleased to see everything connected perfectly and hasn’t lost a single connection.

According to Robert, “The building now looks twice as big and has a huge presence. With the reflection in the river, it’s stunning! It’s nice to be able to check on everything from anywhere. I can check on the Lights from the river or office and make changes from the App.” Sitting across the river from historic downtown Savannah, the Westin is now visible from almost every angle of River Street.

Robert found the Web App incredibly intuitive, “It’s really easy to use and very flexible.” Robert used Lightcloud Support to commission the system, but has customized it himself since then. The local news channel has a live video feed, and Bob will often play with the dimming to see the feed update.

The first night, the new fixtures were actually too bright. Now, the fixtures are trimmed back to 70% from sunset to midnight. At midnight, the lights are dimmed to 50%. Savannah nights are so dark that even at 50% there’s a huge contrast, and the hotel looks amazing!

With the current energy savings of 94%, the system is going to pay for itself in less than 2 years! This combined with a 10% energy rebate makes the lifetime savings over $170,000.*

Moving forward, Bob wants to upgrade the interior with Lightcloud. Right now, everything is on time clocks and dimmer switches. He’s been pushing to get approval to install Lightcloud everywhere — starting with the ballrooms and lobby. Having the extra control to properly set the lighting with scenes and schedules would improve the functionality in addition to providing enormous energy savings.

It’s really easy to use and very flexible.

When I saw the RAB fixtures with the integrated controls, it was an easy choice.

Very nice installation. It required a big lift, so it was important we had an easy installation. We were replacing fixtures and wanted to use the same boxes and wiring. It was really simple; we installed the new fixtures and powered them up. Lightcloud just connected. 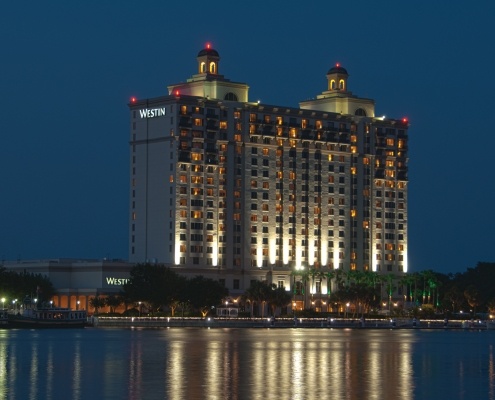 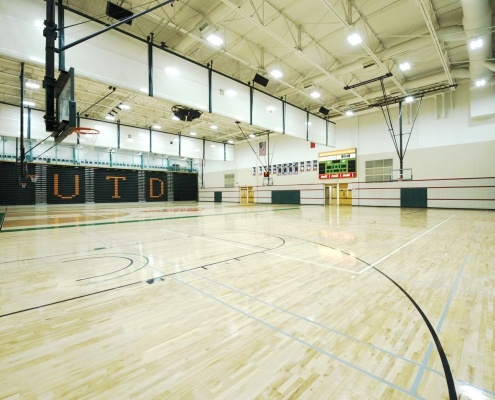 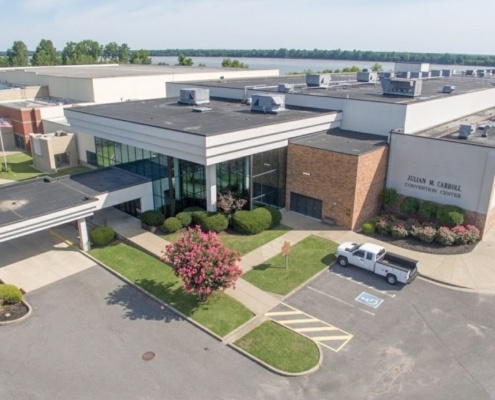 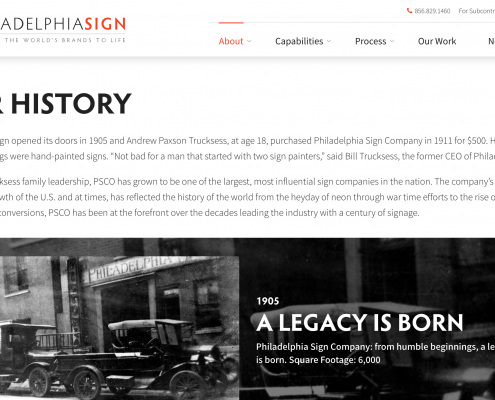 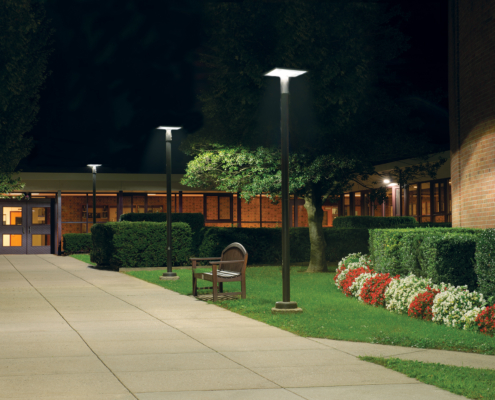 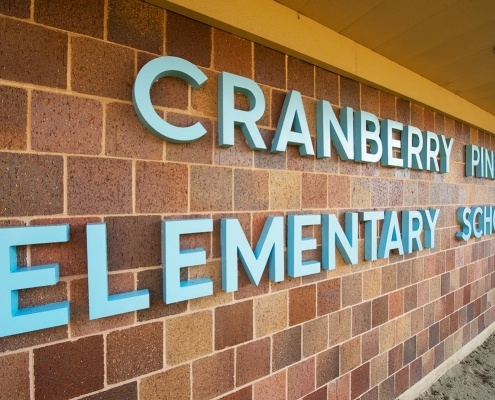